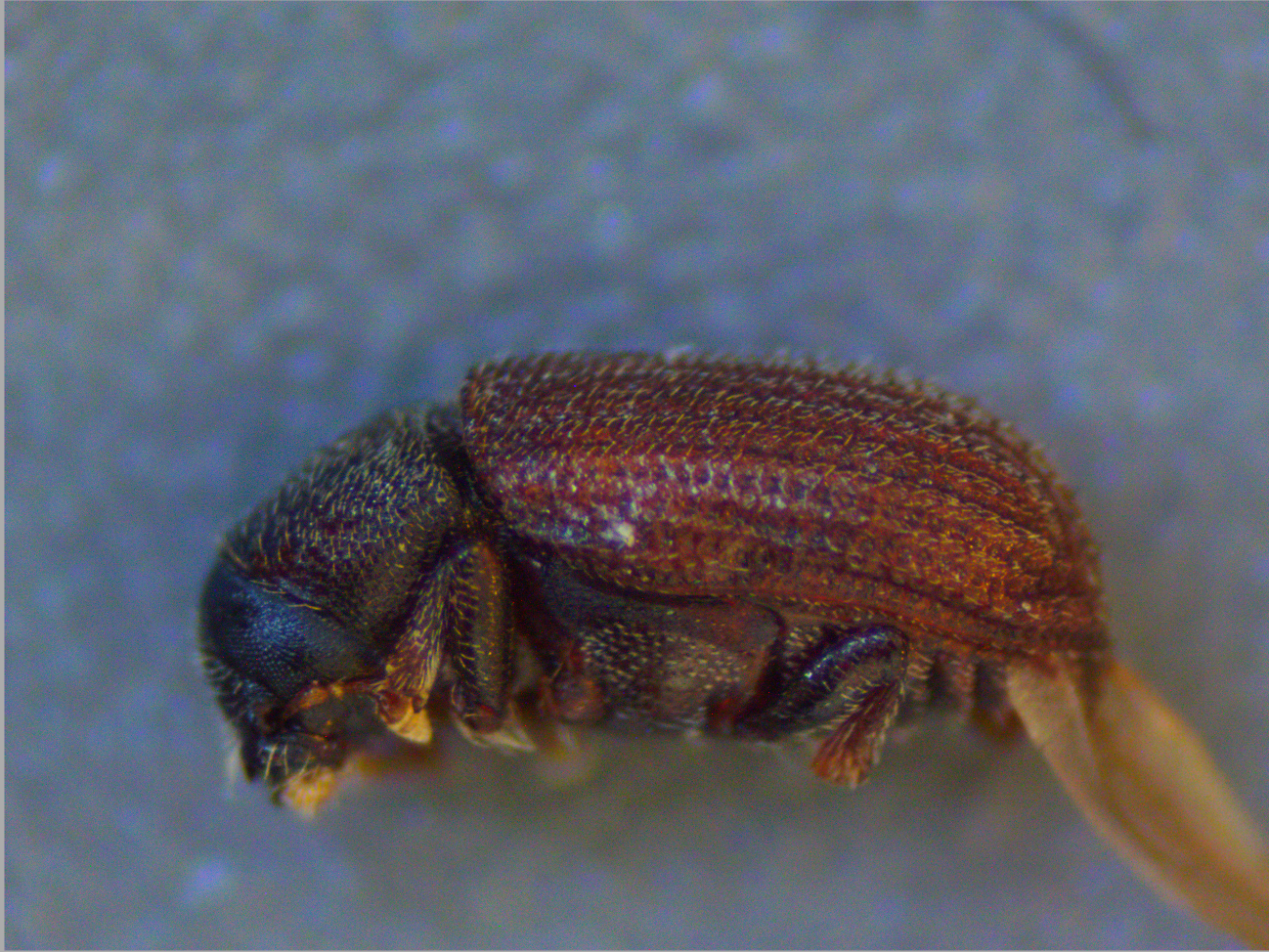 ALDER BARK BEETLES (ALNIPHAGUS ASPERICOLLIS) are hypothesized to have a mutualistic relationship with the canker-causing fungal pathogen Neonectria as they both occupy red alder host trees harmoniously.

Mutualisms between bark beetles and fungi tend to evolve through reciprocal benefits of: fungal transportation (vectoring), detoxification of host tree defences (phytopathogenic), and nutritive advances to the subcortical tissues (phloem).

A dispersal trial will be carried out in the field season of 2022 to determine overwintering locations, temperature thresholds for dispersal, and sex ratios in the population.

“The life cycle of this bark beetle is unusual as adults have been observed overwintering in the branch nodes of host trees, in addition to the main stem, as seen in other bark beetle species. This may result in multiple dispersal events as the beetles develop and emerge in an asynchonous fashion.”

Trees release odorous chemicals as a result of abiotic or biotic stressors, inadvertently signalling to forest pests that they are weakened and thus easier to infest. Are the alder bark beetles attracted to the byproducts of their fungal mutualist, e.g. increased nutrition and hindered host tree defences, or are they attracted to the fungus itself?

Preference and performance experiments will be carried out at increasing spatial scales to determine how alder bark beetles navigate an olfactory landscape in relation to their supposed fungal mutualist’s volatile profile. 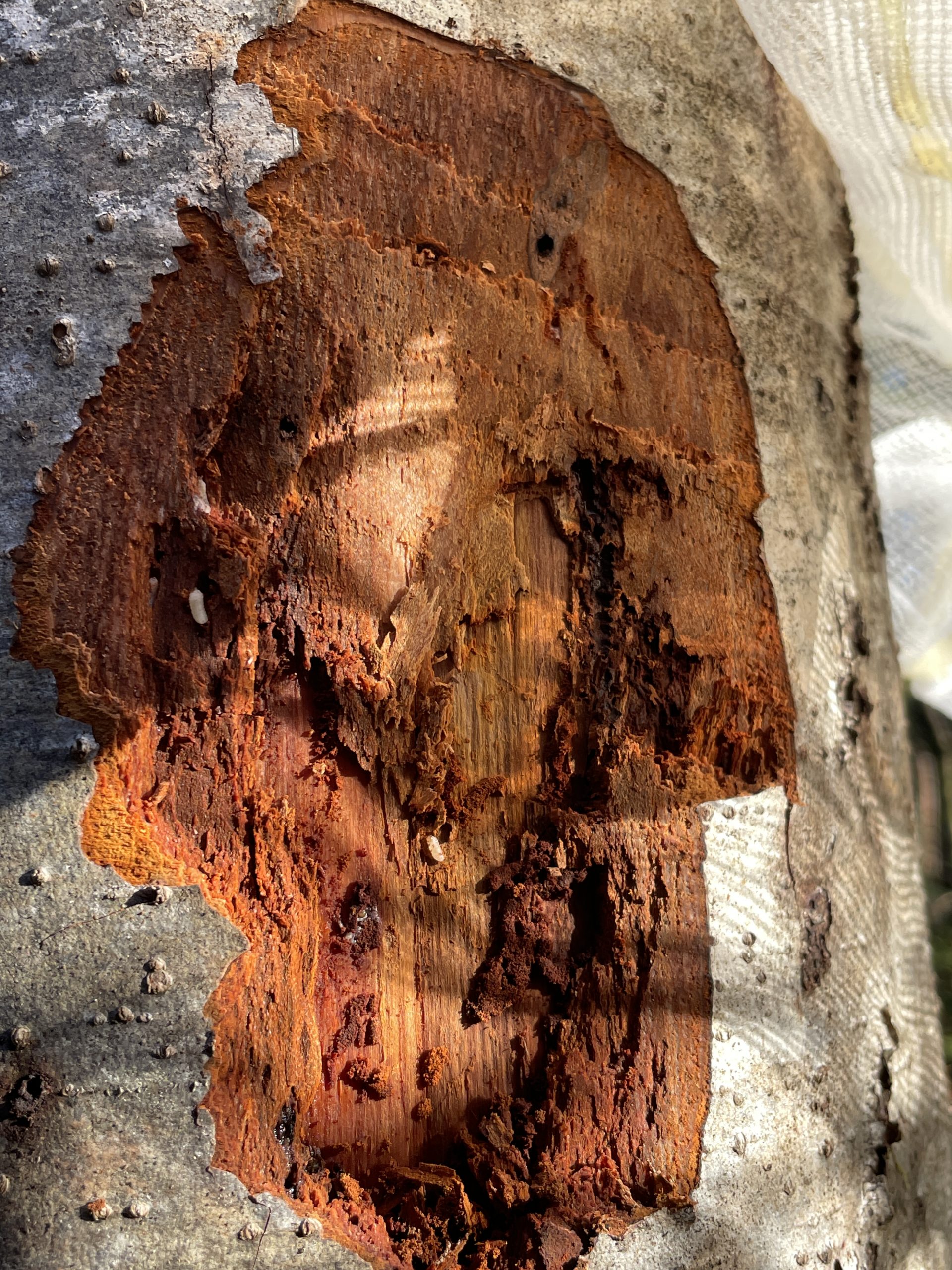